Looking for where to buy PS4 for sale in Cameroon??? if yes, then this post was specifically written for you.

PS4; which was released in 2015, is still extremely rare in Cameroon.

This is because many Cameroonians find it very expensive hence many electronic dealers in Cameroon don’t stock it because they think it will take a very long time for them to sell it as they believe only a handful of Cameroonians can afford it. 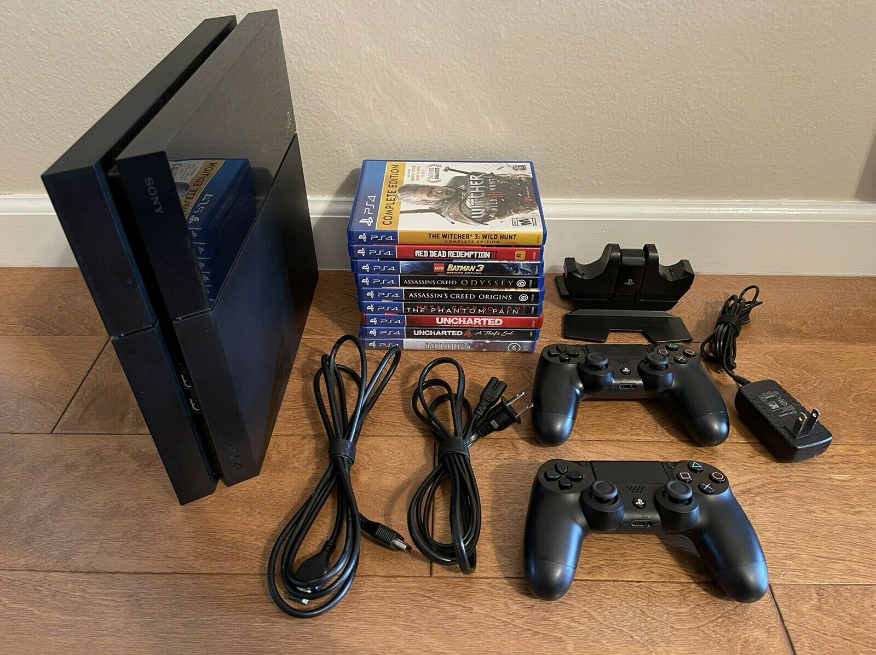 It should be noted that there are 3 models of PS4 you can find in Cameroon, which include;

Somebody may likely want to ask, Which PS4 should i buy in Cameroon (what is the difference???).

For those of you who don’t know, the Pro and Slim are 2 entirely different models of the PlayStation 4.

The Pro model came out after the slim model, it is slightly larger, with 3 tiers, and it provides your gaming with better sound quality, better resolution gameplay, and better speed and performance. The only drawback of the pro is that it is slightly expensive than the slim model.

However, if cost is an issue, I’d go with the slim, as it is similar to the pro in most aspects, it will provide you with an amazing gaming experience, and it is only $299.99 as opposed to $399.99 for the pro.

In addition to that, Ps4 Pro is more suitable for people who have 4k TVs while the Ps4 Slim is for people that still play games on a 720p/1080p TVs

If you’re looking to get a ps4 and “money no be problem”, i will advice you to get the PlayStation 4 Pro 1TB Console. It’s compact and whisper quiet, and connects easily through a simple HDMI. Higher frame-rate games, will run smoothly on PS4Pro.

You must have also noticed that the PS4 have different hard drive capacity (500GB & 1TB) and wondered what this huge storage space is used for.

So if you are looking to download the majority of your games to the PS4 hard drive from PSN, then the 1 TB might be a better choice for you, but if you are going to be gaming on physical discs, then go for the 500GB PS4. 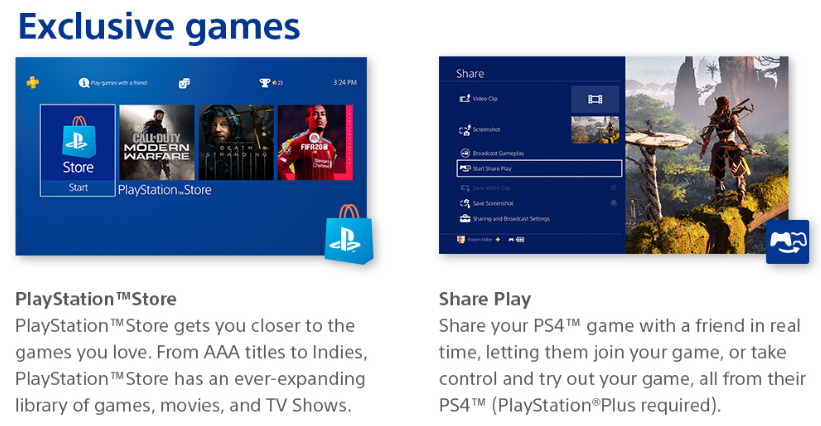 In fact i highly recommend PlayStation 4 Slim 500GB, if you’re in the market for a slim ps4 in Cameroon. If necessary, you can always expand the storage with an external hd at a later date.

Like i mentioned earlier, the main problem with PS4 in Cameroon is scarcity i.e. even the people who can afford it, still can’t find it. However if you are lucky, you can find a second hand PS4 at Jumia classified but the probability of finding one there is very low.

So where and how can we buy a PS4 in Cameroon??? this is the million dollar question which i am going to answer in this post.

In Cameroon there are 2 places you can easily buy a PS4 in Cameroon which include;

Jumia is currently the most popular classified ads website in Cameroon where Cameroonians can buy and sell all types of items (mostly used ones).  You can easily find a PS4 (second hand though) at affordable price is Jumia classifieds (jumia.cm).

For example, when writing this article, i decided to do a search for PS4 on Jumia and i found a PS4 slim which has been listed on Jumia at 100,000 FCFA; which is very affordable. 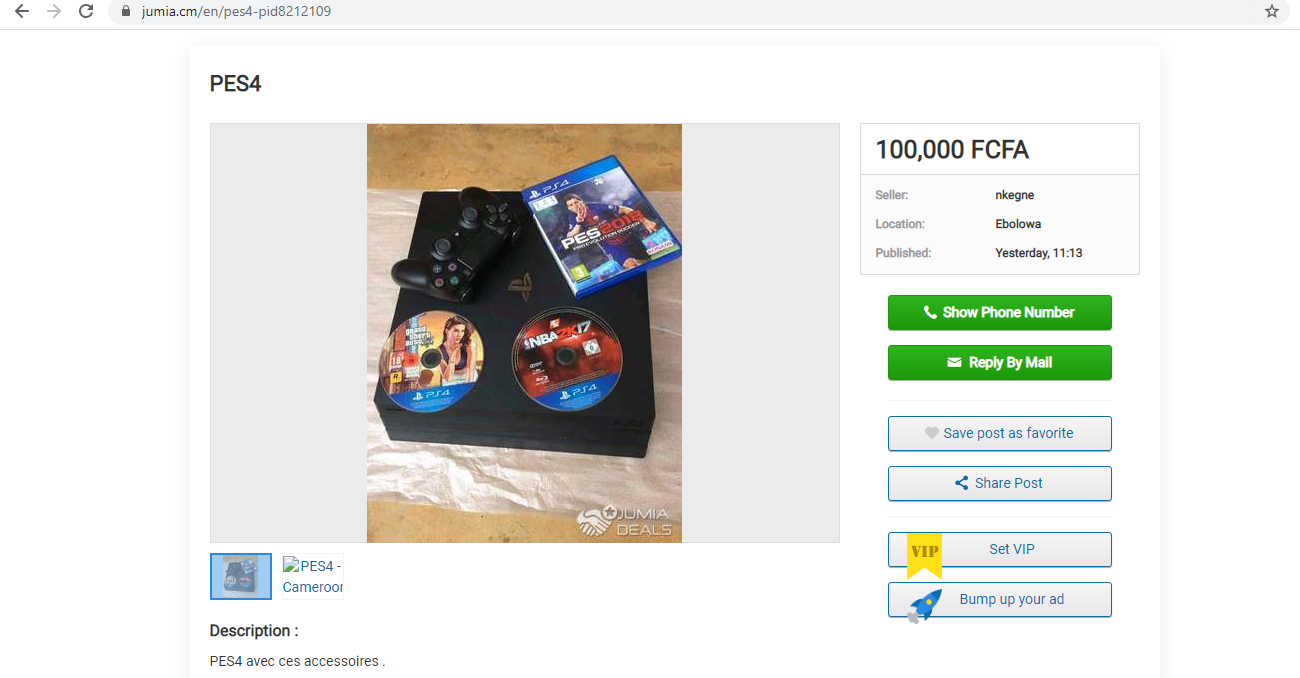 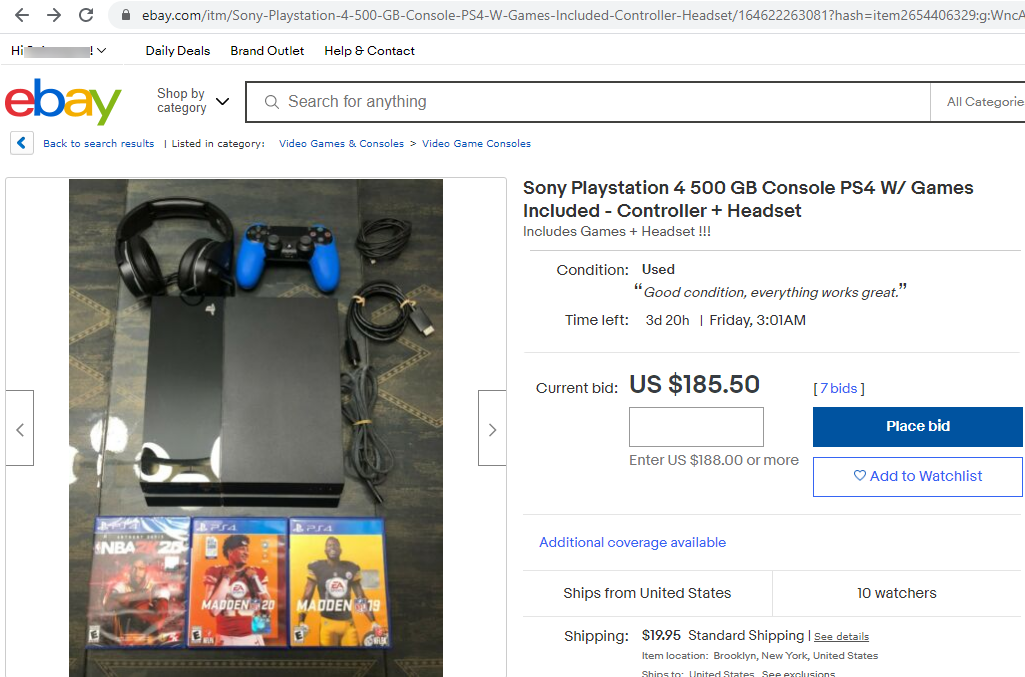 Cameroonians can also buy a PS4 on eBay at very affordable price and ship to Cameroon. I have bought so many items on Ebay from Cameroon and it often take 15 days maximum for me to receive the purchased items.

If you are interested in purchasing a PS4 from Ebay from Cameroon, you can contact me on WhatsApp and i will help you to buy a PS4 on Ebay at very affordable price.

Question: Is there a way i can contact you ?
Answer: Contact me on WhatsApp if you want me to help you to buy a PS4 on eBay from Cameroon.

Question : Will this work in Africa?

Answer: PS4 doesn’t have a region lock. The PAL and NTSC region system of previous gen consoles have also been removed. It is upto the game publisher to take a decision on the region lock.

Basically, you can play games from any region in the world on any console, both digital and physical. For digital, you would need to be logged into the PSN account used to make the purchase.

Question: Does it come with a controller ?
Answer: Yes. It comes with one controller only.

Question: Will my PS 4 come with bHdmi cables & charging cords for ps4 units
Answer: Yes! it is included in the pack.

Answer: Yep! As an owner of this product, I can confirm for you that you can download all streaming and video apps. Simply navigate to the tv icon on the home screen, wait for the menu below to appear, then select an icon to download the associated streaming app.

Question: Do you need to purchase a membership for games?
Answer: No

How many PSN friends can I have on PS4?

PS4 supports up to 2,000 online friends, an expansion of the 100 friends limit for the PS3 system. On PS4 you can quickly expand your friend list by connecting with people you’ve played with recently as it does on the PS3 system.

Question: Do have to download games or can u just put disc in and play
Answer: You can do both.

Question: Do PS4 games have regional locks?
Answer: In general, neither digital nor disc-based games will be region locked, but PlayStation recommends that all users purchase games at the region of their residence to guarantee the best overall experience and customer service. In certain instances, a software publisher may choose to region lock a game title for specific reasons, but Sony Computer Entertainment expects these instances to be uncommon.

Question: Does it support 4K?
Answer: The ps4 pro does

Question: Does this playstation 4 come all digital? Or are all these disc?
Answer: You can use disc as well as digital।

Question: Can you hook an external hard drive to the ps4 slim console
Answer: Yes

Question: Can you hook a PS4 up to a laptop so that you can use the laptop screen?

Answer: Not sure because what you would be doing is connecting a computer- the P/S 4 console -to another computer- the laptop -in order to access the other computer’s display. Not even sure this would work because I don’t think two computers cannot access a single display simultaneously.

Question: How does PS4’s hardware performance advance beyond the PS3 system?

PS4 is capable of 10x the processing power of the PS3 system. The system features an optimized design featuring a unified 8GB of high-speed GDDR5 RAM, an eight core X86 CPU, and a powerful graphics processor. Generally speaking, PS4 will enable game developers to build larger, more detailed worlds than they could with the PS3 system. More realistic lighting models, more complex physics and particle effects, more varied and realistic character animations, sharper environment and object textures, higher screen resolutions (up to 1080p), higher frame rates (up to 60 frames per second), larger multiplayer matches and more will be possible thanks to PS4’s next-generation hardware.

Additionally, if you are still wondering whether to get a PS4 or Xbox??? i will advice you to go for the PS4, it has fewer glitches than Xbox and it’s the more popular console. Chances are that the majority of your friends have one so it would be a good idea to get one yourself ;).

If you’re looking to get a ps4, hope this helps! Have a nice day, and enjoy whichever console you decide on.

Copyright at 2023. Cameroon For Sale All Rights Reserved
↑