One of the first things that couples who are struggling to get a baby should do to increase their chances of getting a child fast is by ensuring that they have sex during the ovulation period.

If you’re trying to conceive, you’re probably familiar with the basics of ovulation.

For those of you who don’t know, ovulation is the period when a woman is considered very fertile and ready to take in.

And every mature lady ovulates once each month and the time frame for ovulation range from 12 to 24 hour.

And during this ovulation period, a mature egg is released from one of the ovaries and is available to be fertilized. This 12- to 24-hour window is when your fertility peaks, making it the best time to have sex when you’re trying for a baby.

Ovulation occurs in the middle of the menstrual cycle. But every woman’s cycle is different, and your own ovulation can vary from month to month making hard for you to figure out when you’re ovulating.

Like i mentioned earlier, during ovulation, an egg is released from one of your ovaries and ready to be fertilized during the ovulation window which range from 12 to 24 hours.

If a sperm cell comes in contact with the egg, it becomes fertilized and a lady gets pregnant.

So its very important for a lady to pin point the exact time she is ovulating in order to ensure that she has sex with the partner during this fertile period.

The easiest way that any lady can know when she is ovulating and ready to take in, is by using an ovulation test strip.

Ovulation tests give women a greater chance of predicting their most fertile days, even if their cycle lengths vary. The ovulation test strips help to track your ovulation progression, and minimize the chances of missing your LH surge.

What are ovulation test strips and how do they work?

Ovulation test strips or ovulation predictor kits (OPKs) are at-home tests you can use to determine when you’re ovulating. Because you’re most fertile during ovulation, the kits can help increase your chances for success when you’re trying to conceive.

Luteinizing hormone (LH) levels increase around the time of ovulation and this can be detected using ovulation test strips that measure the level of hormones in your pee.

A rise in LH signals the ovary to release an egg — so when your levels reach a certain threshold, it’s safe to assume that ovulation will occur within the next 12 to 36 hours.

The Results given by most Ovulation test strips are 99% accurate and easy to read.

Any lady can use an ovulation test strip and it takes just 5 minutes for you to carry out test and get result. 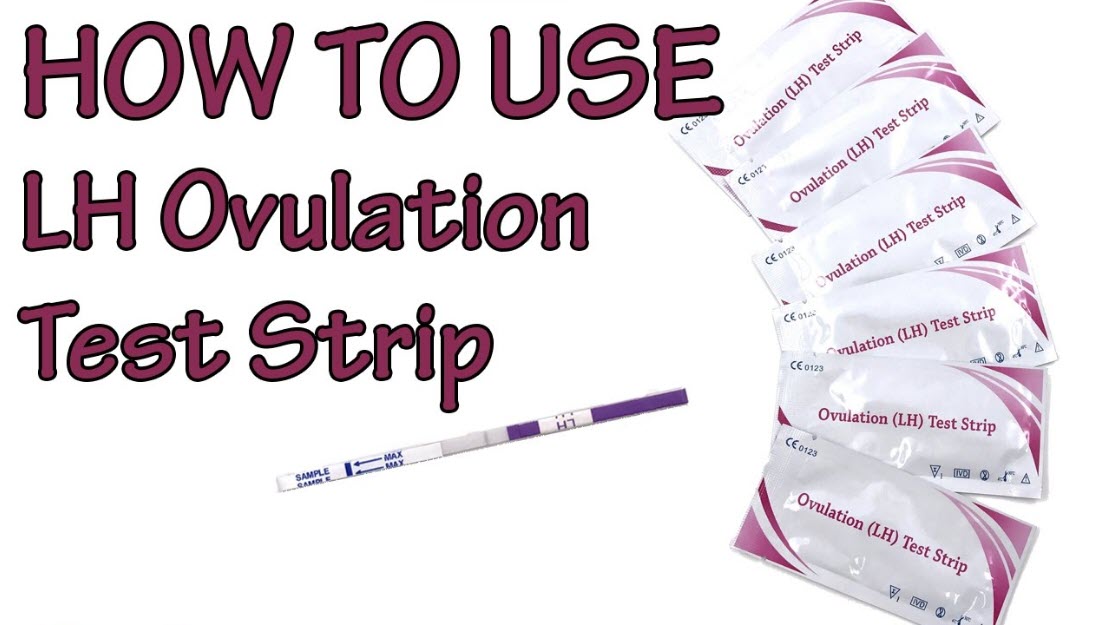 How do you use ovulation strips to predict your most fertile days of the month?

It’s easy: All you have to do is, collect a little sample of your urine by peeing in a cup.

After you have gotten a small sample of your urine, dip an ovulation test strip into the cup for 3 seconds, after that, remove and wait a few minutes for the indicator to appear. 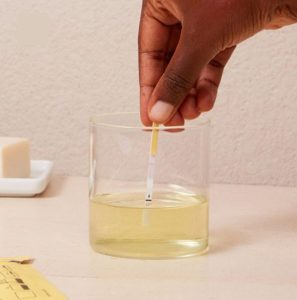 REMEMBER — a test line as dark or darker than the control line indicates a positive result.

So many women often ask when they should start carrying out the ovulation test.

Start carrying out the test during the period that you are likely to ovulate.

Like mentioned earlier, ovulation tends to occur about halfway through your menstrual cycle. So it’s best to start using the ovulation test strip a few days before your midway point. (If your cycle is 28 days, for instance, take your first test on day 10 or 11.

You might need to test for a few days to detect a surge in LH, which is totally normal.

*** Another way you can determine when to start carrying out the ovulation test is by looking out for cervical mucus. You may notice wetter, clearer and more slippery mucus around the time of ovulation. This is the time you need to begin the ovulation test.

Hormones are a more accurate predictor of ovulation than basal body temperature (BBT), which only rises after ovulation.

Using a combination of these methods is likely to be most accurate.

Most women have a surge in LH in the morning, and those levels can be picked up in your urine about four hours later. You could even test twice a day — once between 11 a.m. and 3 p.m. and again between 5 p.m. and 10 p.m. But whether you test once or twice, aim to do it at the same time (or times) each day.

*** Make sure your urine is concentrated enough. Avoid peeing for an hour or two before the test, and try not to drink large amounts of fluid.

If you need help on how to use the ovulation test strips, do not hesitate to contact us.

If the results shows positive (indicating that you are ovulating) what next???

Once the test indicates that your LH levels are on the upswing, start having sex that day. Have sex for two to three days afterwards too, since ovulation can occur within 36 hours of LH levels rising.

Its during the fertile period that your orga needs to show his bedmatic skills and not when the match is over.

How accurate are ovulation test strips?

Ovulation test strips can do an excellent job of letting you know when you’re most fertile. In fact, studies suggest they can detect ovulation up to 99 percent of the time, making them the most accurate option out there.

But there are a few key things to keep in mind. Most important? Ovulation strips show whether your hormones are at the right level for ovulation. They can predict the ideal time to try to conceive, but they still don’t guarantee that conception will definitely take place as there are other factors that may prevent conception.

The test strips only helps pinpoint the exact time that couples that want to have a baby should have sex. The ovulation test strips would be very useful for couples who don’t live together…probably because the husband is unstable due to his job or living abroad.

Couples like that often find it difficult to have a baby since the husband may often come home at the wrong time (after the ovulation window has closed).

With an ovulation strip, you will be able to pin point the exact time you are ovulating and tell him to do it during that period.

So Ovulation test strips are a must have for every couple that trying to conceive.

Before you guys can start going to church for prayers, make sure that you have tried an ovulation test strip.

If you are interested in purchasing ovulation test strips, simply WhatsApp me.

Determine your most fertile days and increase your chance of conceiving

A woman can only get pregnant during the fertile window in the menstrual cycle.

There are a few ways to work out when you are ovulating.

Your chance of getting pregnant is dramatically increased if you have intercourse on the day of ovulation, or two days before that.

To accurately identify your fertile days use an ovulation test that detects the changes in your personal fertility hormones in urine. Hormone levels increase around the time of ovulation and this can be detected using ovulation predictor kits that measure the level of hormones in your urine

Ovulation tests are 2x more accurate than calendar method. One Step Ovulation Test Kit are over 99% accurate in detecting the LH surge to identify your most fertile days.

In every cycle there are only a few days when a woman can conceive, so very important to know these days if you are trying to get pregnant.

Did you know most couples could be trying to conceive on the wrong days of the woman’s cycle?

The One Step Ovulation Test Kit detects the rise of the ovulation hormone LH (luteinizing hormone) 24-36 hours prior to ovulation and identifies the 2 best days to conceive in a given cycle. It’s more accurate than calendar and temperature methods. 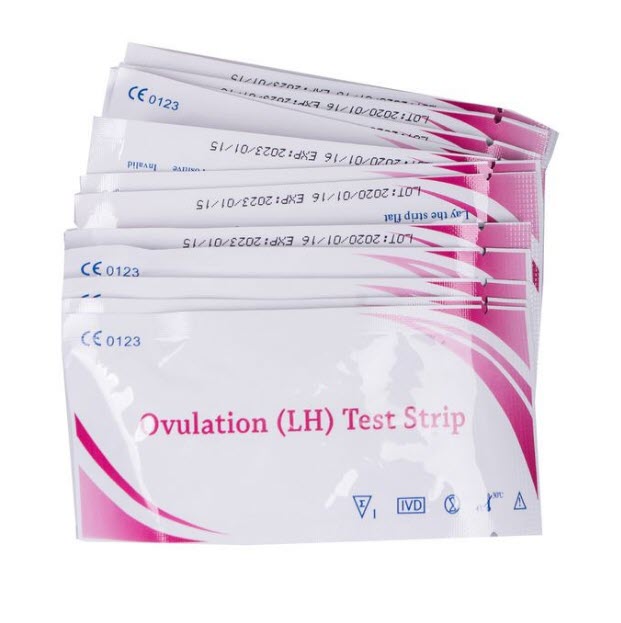